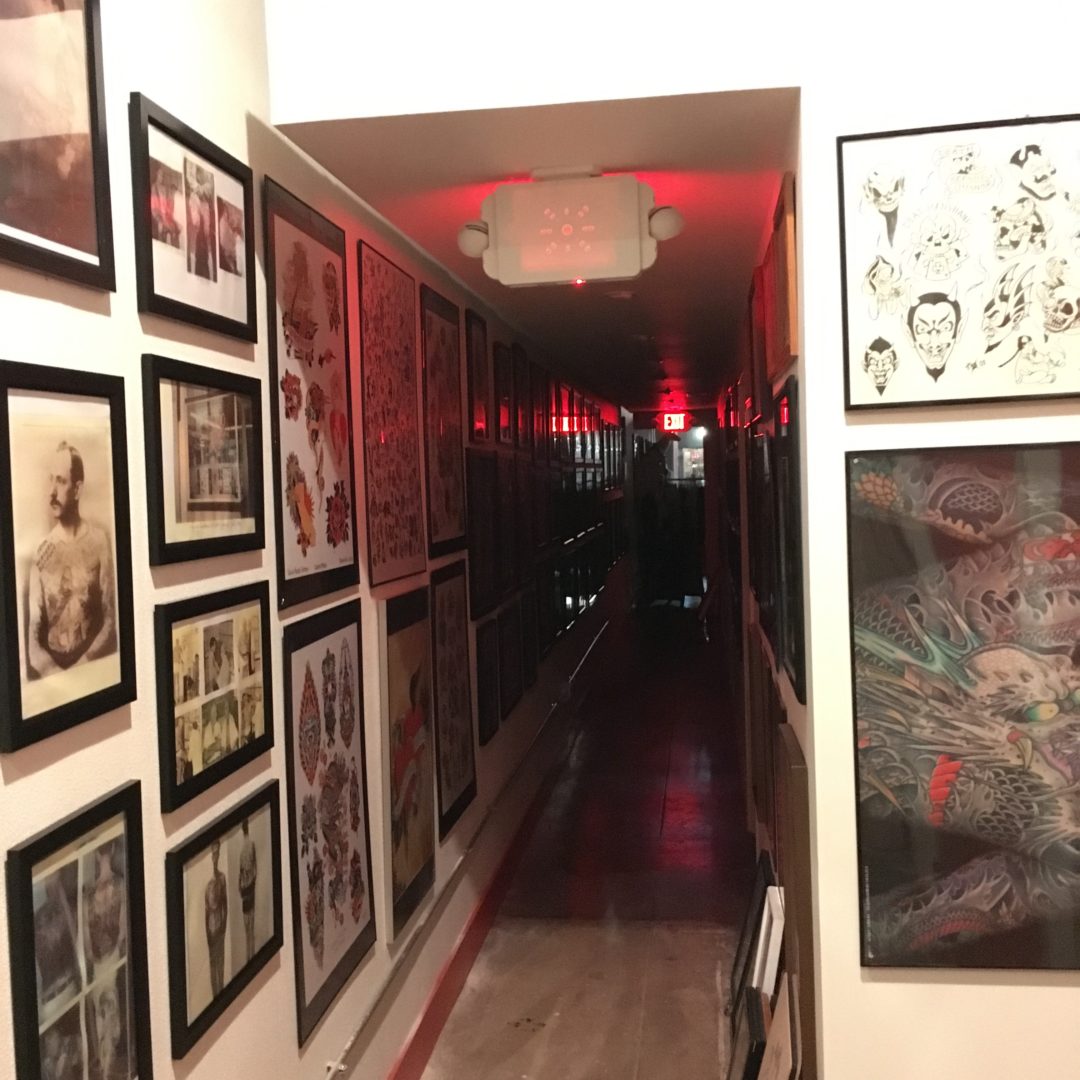 This is a view from the Heart in Hand Gallery from the back door at the end of the night. Already there is a sentimental feeling, flipping off the lights after the last customer is gone, staring down the hallway at the Sailor Jerry, Ed Hardy, Bob Roberts, Horiyoshi 3 and Richard Stell flash, among others. Then there are the portraits of bodysuits done of early American work, some of the best traditional tattooing of the time. Guys like Grimm, Coleman, and Jensen put em on. Flash from floor to ceiling, 360 degrees around is the goal of a flashed out tattoo parlor, a real tattoo parlor made in the image of those old tiny arcade shops where space is at a premium. We are working toward this goal although luckily we are held up doing other things, most of which is the task of tattooing itself. 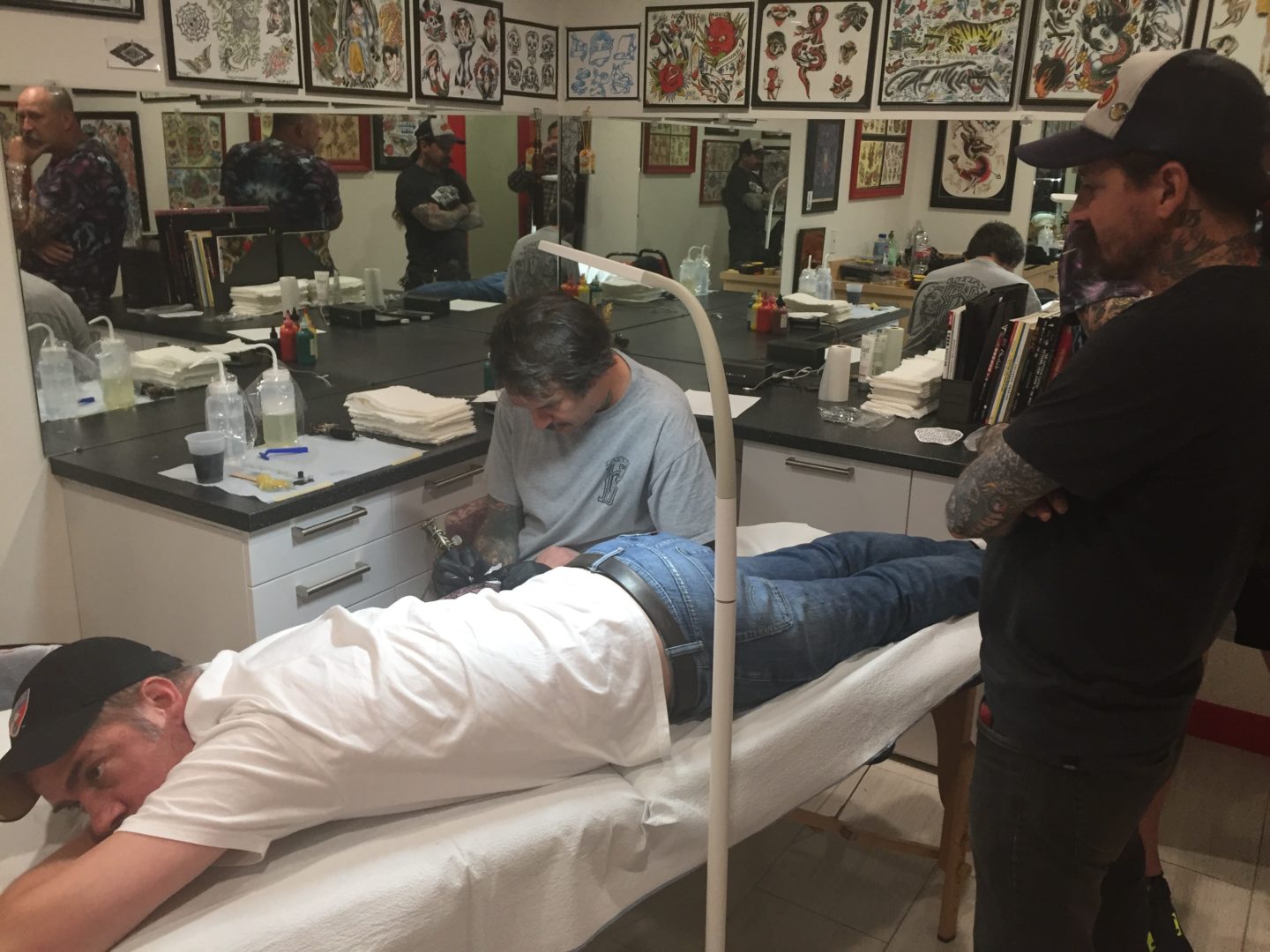 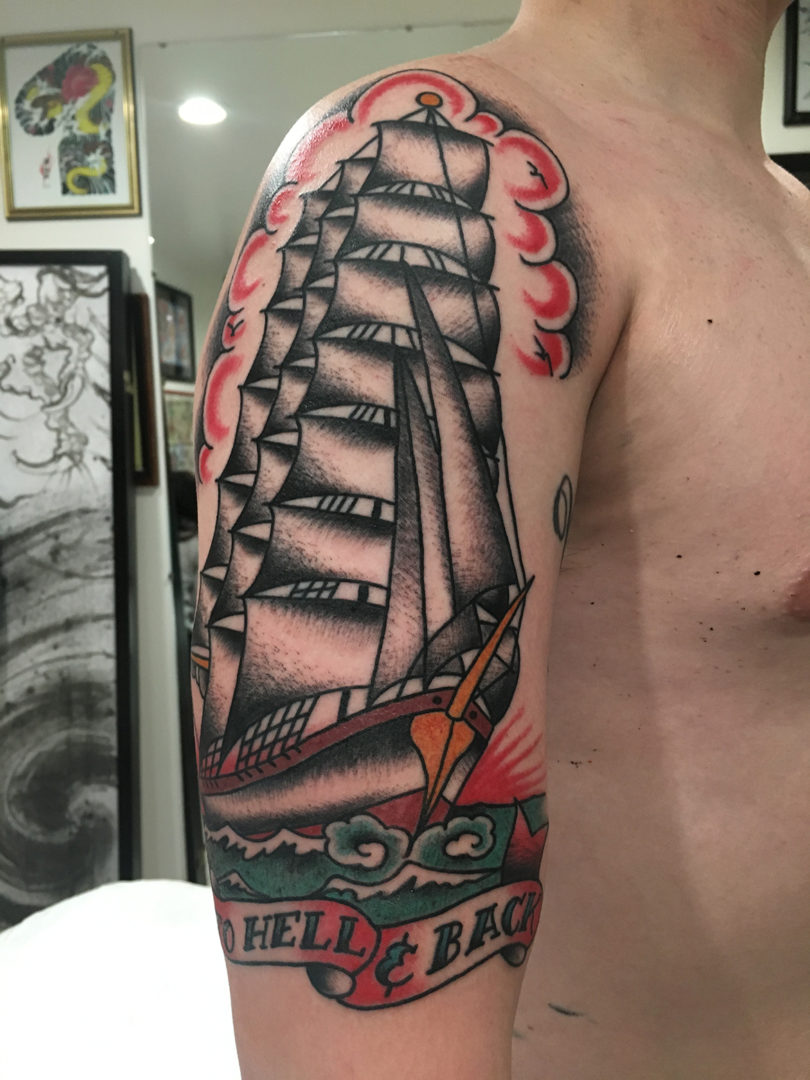