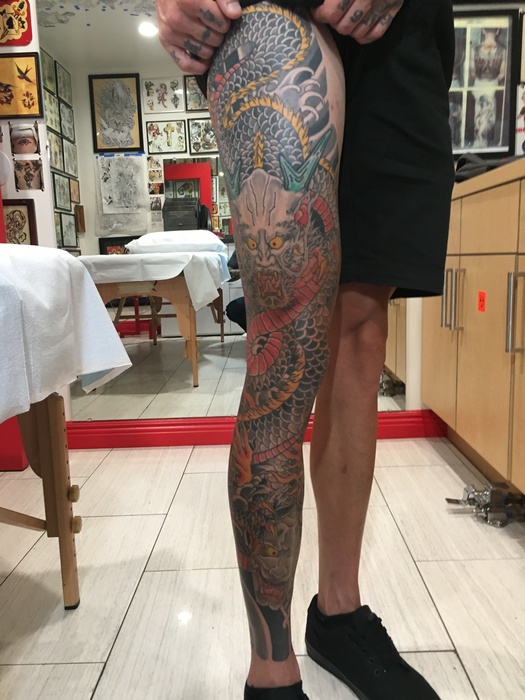 Japanese tattooing; it is hard to imagine a more balanced artwork than this. Japanese tattoos are overflowing with brute strength, while also exemplifying subtle beauty. The art is straightforward in it’s approach and also speaks to the human experience itself.

Saturated in black and grey, Japanese tattoos also pop with color. When approaching the thought of this type of a tattoo there is a small selection of possible images to choose from, and yet it conveys the whole of reality.

Irezumi was the old word for Japanese punitive tattooing. Originally, the tattoo style was used to mark criminals so their identities would be known at a glance. This term has now been reclaimed, and we are proud to use it to describe the ornamental tattooing that is worn by choice, and with pride. Irezumi is work that is put on by serious students of the art who feel that they are all connected in this great lineage all the way back to Kuniyoshi, the great Edo period artist of Japan.

Horimono is another synonym for the traditional Japanese tattoo; the word Horimono is literally translated as “dug thing.” The process of “digging” pigment under the skin is practiced all around the world and has become the permanent mark we know as tattoo.
Some of the best tattoo artists in Dallas practice the esoteric art of classic Japanese tattooing. Some of the best tattoo shops in Dallas are founded on this style. You could even say that traditional American tattooing is based, loosely, off of it’s eastern counterpart- the bold lines, open skin, large, simplified, stylized designs- Both the American traditional tattoo and the Japanese traditional tattoo have these things, among others, in common.

Traditional Tattoo for a Non-traditional Individual

Here is Mr. Zahm; he is a top duathelete, competing in bicycling and running at a very high competitive level. The piece and the placement of the images on his leg sleeve are designed to instill fear and admiration in his competitors. I have taken the liberty in this piece to personalize the dragon and hannya motifs where the master of the realm, dragon, or ryu, is seen dominating the jealous, mad, and undisciplined hannya with a single claw.

This is an allegory of Mr. Zahm’s intended dominance over the rest of the racers that he does battle against.

One of the main challenges of being an American practicing the sacred art of the Japanese lies in the customers themselves. The study of Japanese symbolism, folklore, and language is not often taught here. In fact, the exotic nature of the art is one of the ways that we as acolytes of the style are drawn to it.

Dallas Tattoo Artist Who Appreciates the Art of the Ink

As a hint to future living canvases, I would love to do more Fudo Myo-o tattoos, Kannon tattoos, Suikoden tattoos, Susano-o no Mikoto tattoos. These folk tales unraveling from an older culture than our own, revealing a simpleness, a purity, and a truth that I find great interest and solace in; the art of the Japanese tattoo. If you have the drive to have a piece of traditional Japanese artwork on your body, get in touch with your local Dallas tattoo artist, Carl Hallowell, today.

The Law of 5 with Carl Block 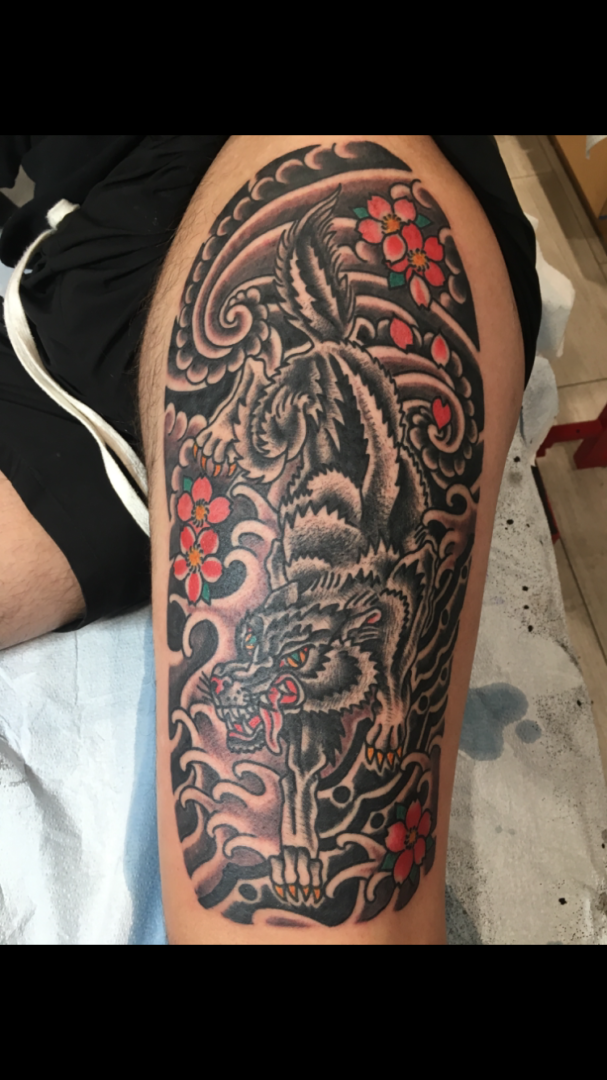